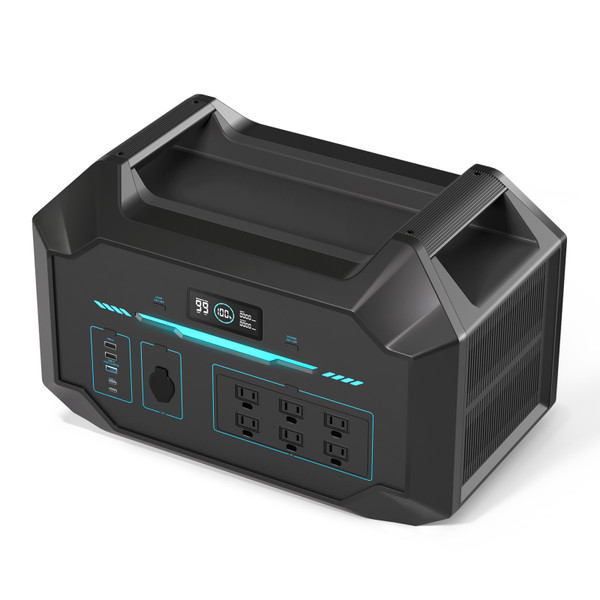 Push the boundaries of backup power supply with the Renogy PHOENIX 1000 Portable Power Station. Powered by a 998.4Wh lithium iron phosphate (LiFePO4) battery pack, the unit has a total output of 2100W. With 12 outlets, the PHOENIX 1000 lets homeowners and campers stretch the limits and keep life going with immense power during unexpected blackouts or outdoor adventures!

The high-performing 1500W pure sine wave inverter with iBoost mode provides more power to run devices, tools, and appliances rated up to 3000W. Unlock even more power by connecting two PHOENIX 1000 solar generators with a parallel kit to double capacity and increase output. The PHOENIX 1000 has 3 recharge modes: AC, solar, and automotive. You can get this portable solar power station recharged from 0% to 80% in as little as 1 hour with a wall outlet.

Thanks to the built-in Bluetooth module, PHOENIX 1000 puts a host of functions at your disposal. You can track real-time power status, turn on/off ambient light, set auto-off timers, or even adjust the recharging speed-all in the palm of your hand via the DC Home app.

If you have any questions regarding this product, please submit a case.

What a workhorse. I love this unit. Can't wait for camping season to really put to the test. Runs my CPAP and charges phones for over a week on a single charge. Well built unit, I want another to parallel and run my trailer on them. Another great product from Renogy !!!

This thing is a beast! Very well made. Just finished testing with it and works as advertised. I am very impressed. The app feature is a bonus!

Write a Review
Your cart is empty.

Sign up for exclusive offers, original stories, events and more.